Old Brickworks Estate comprised 26 blocks of double-storey two bedroom rental ($26 per month) terrace housing, probably built during pre or in the early 1950s by the SIT (Singapore Improvement Trust), located exactly at same present site (photo above). The old estate was demolished around early 1970s. Across the road (Jln Bukit Merah) were the Alexandra village attap houses where goats were seen crossing the road occasionally and a great place to catch spiders, especially near the fringe of the railway track facing Gillman Barracks. A huge fire gutted the entire Alexandra village, including Tai Hwa Chinese Primary School. The fire was as huge as the Bukit Ho Swee fire but has been long forgotten. The estate was a food paradise where people were "entreprenuers" selling food on food carts around a wet market, in the shops, in front of their homes, under the Chinese Opera Wayang stage, at Wednesday Pasar Malam along Jalan Bukit Merah which was cleaner than present. Pasar Malam was the only "shopping centre" that families looked forward and enjoyed, where all Chinese New Year new clothings and goodies were bought from. Kah San, who lived with his 5 children and his 3 younger brothers at the corner house of block 13 behind the Lor Mee row of shops, was a well known Prawn Mee hawker selling on a canvas roof cart. He prepared the ingredients at the living room and at the enclosed backyard. His recipe then included a quarter piece of hardboiled egg. After selling outside his house in the morning, he left with his eldest son Ah Huat in the afternoon to sell at Redhill Close. It was tough pushing the 6 feet long heavy cart laden with hot soup pot with his teenage son from Brickworks Estates to Redhill Close, more than a Km distance, daily.

When Brickworks Estate was to be demolished to build highrise HDB flats, he moved his home to Redhill close and in early 1970s, his family finally settled down at Ghim Moh Estate and selling at Ghim Hawker Centre. His elder son Ah Huat and his wife have been running the business now, selling at very affordable prices till today at affordable prices of $2.50 and $3.00 a bowl with whole-piece (not half slice) prawns - maintaining the good value even after the hawker centre was upgraded in recent years. The prawn mee stall closes for business around 11a.m. Address: Wei Xiang Prawn Mee, Ghim Moh Hawker Centre, Ghim Moh Road Block 20 #01-50. A food cart parked permanently on the open space hard ground at the fringe of the wet market sold authentic Hainanese Curry Rice by Hainanese speaking family of 3 donned in traditional street food white round neck t-shirt, drew many customers from morning till it closed for business in the early afternoon rain or shine. Big squit (sotong), uniquely light orange in colour and pork chop were their speciality dishes most popular among customers. With early era authentic hawker food vanishing, there are very few curry rice stalls nowadays serving curry that come close to this mouth watering curry sauce. The new generation Carrot Cake (Chye Tow Kway) hawkers generally sell 2 types: the white omelette-press-flat carrot cake and the sweetened black carrot cake; some include prawns at higher price. At the old Brickworks Estate, there were two carrot cake hawkers: Morning stall on tricyle at the open space next to the Hainanese Curry Rice stall that sold unique elongated light brown with chilli-flakes sauce for take away on green leaf folded like nasi lemak packet. No is no such carrot cake anymore. The afternoon sole hawker bicyle mounted stall started business at 3pm inside the market when the market closed. Some customers brought their own eggs and the lucky ones got eggs from the floor underneath the chicken coops. At a corner house of Block 1, less than 5 metres away from the rusty railway track, a family made traditional Rectangle Carrot Cake. The carrot cakes were sold in the market, schools and shops. Various families at Brickworks Estate were able to sell food as a full time business for a living, as each terrace house has a large (about 200 square feet) attached private enclosed void backyard utility space for washing of raw ingredients, food preparation and cooking with bathroom and toilet facilities. Duck Noodle hawker, Koh Ah Wei lived at house number 94. He peddled on food cart selling his delicious signature thick duck breast meat noodle soup around the estate. It was usually sold out by noon. Nowadays traditional Duck Noodle hawker stall can hardly be found but most hawkers sell Duck Rice as main dish and may also sell duck noodles with duck breat meat sliced into thin halves. Likewise, a plate of traditional chicken rice with wholesome chicken breast meat are hard to find, instead thin half chicken meat with no or few pieces chicken skin.

House number 96 was a small ice-cream distribution point for then local brand "New Zealand" ice-cream manufacturer. There were assortment of types and colours ice-cream on stick. Chocolate coated vanilla ice-cream, commonly known as "Co-Pie" was the most popular. Besides selling in-house, score of children would collect thermoflask filled with 30 sticks of ice-cream with bronze red handle bell going about selling at Brickworks Estate, former Queens Close flats and the former old Rumah Tinggi low rise flats (similar to Tanglin Halt flats). The metal-clad thermoflask was about 6-inch diameter, one and a half feet tall. Those days, residents bought food from peddlers by lowering a rope attached basket with the money and retrieved back the food and the change in the basket. 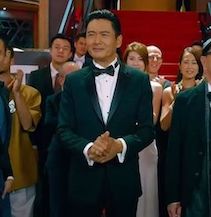 At the fringe of the wet market, was a suave man, attired in clean white rolled up sleeves shirt and light blue apron tied to the waist; back-comb gel hair style and body build resembling Chow Yun Fatt in the "God of Gamblers" movie, making and selling his popular heritage Mang Chien Kueh on his tricycle. The big pan-mould fitted up to the width of the tricycle, producing a circular crisp-corner large piece and cut into more bite sizes than present smaller pan could made due to space constrain at Hawker centres and coffee shops nowadays. Older Brickworks Estate market, food cart and tricycle stalls were cleaner than present ones. Along the apron of the wet market facing a row of shops were food stalls selling Fishball Noodles,Yong Tau Foo,Wanton Mee, Char Kueh Teow and other traditional food. Fishball noodles and Yong Tau Foo were sold for supper till as late as 10 pm. Only soup fishball noodles were available and there were no mee pok or U-Mee, just yellow noodle and Kway Teow Mee. Kids loved to poke the fishball with stick (like satay stick), blow to cool and eat it. Likewise, only soup Yong Tau Foo dishes were available and customers could bring their empty bowl to the hawker to ask for more soup. There may be good traditional Fishball Noodles, Wanton Mee and Yong Tau Foo around now, but different stall have different taste of soup (too blend, tasteless or too salty), that you would not want to ask for more, except the unique soup of heritage food. The key ingredient of good Fishball Noodles is the traditional light orange chilli sauce which are used by Fishball noodle stalls "123 Mee Poh Kueh Teow Mee" at 59 Marine Terrace #01-105,"俩兄弟Teochew Fishball Noodles at Tanjong Pagar Plaza Hawker Ctr/Market Blk 6 Tanjong Pagar Rd #02-47,73 years old fishball noodles pioneer generation hawker of 源记 Yuan Ji Fishball Noodle at Tiong Bahru Market and Food Centre 30 Seng Poh Road #02-72) and less publicised but 4 decades old Fishball Noodles at Blk 23 Sin Ming Rd. (Photo : Traditional Fishball Kway Teow Mee Soup)